5 Ways to Test for Candida

Candida is a type of yeast that naturally occurs in the intestines, on the skin, and in mucous membranes. It is usually harmless in small amounts; however, an overgrowth of Candida can lead to symptoms and an infection known as candidiasis. There are different options for testing for Candida, depending on the body part that is affected.

This test is used as a screening tool to detect a fungal skin or nail infection, but does not identify what specific fungus is present. Common fungal infections affecting the skin include ringworm, athlete’s foot, jock itch, as well as Candida. Candidiasis of the skin, also known as cutaneous Candida, often causes a red, scaly itchy rash. The most common areas affected by the rash are the folds of the skin, including areas like the armpits, groin, between fingers, edges of nails, under the breasts, and corners of the mouth.

When undergoing a skin scrape test, a special tool is used by your healthcare provider to take a small sample of your affected skin or nail and is sent to the lab for analysis. Laboratories can identify fungal overgrowth by using a potassium hydroxide (KOH) preparation, where a chemical solution is applied to the sample and dissolves non-fungal elements in order to reveal fungal cells under a microscope. 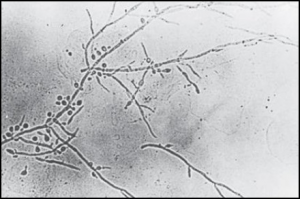 This test is commonly used to diagnose candidiasis of the mouth or vaginal tract. A special swab is used by your healthcare provider to collect tissue or fluid from the affected area and is sent to the lab for a culture to identify the type of fungal infection that is present. Candida affecting the mouth is called oral thrush. It causes creamy white lesions that look like cottage cheese on your tongue or inner cheeks. Redness, burning, or soreness of the affected area can and may lead to soreness or burning. Vaginal candidiasis is commonly called a yeast infection. Symptoms related to a yeast infection can include redness, swelling, itching, a thick curd-like vaginal discharge, and pain during sexual intercourse or while urinating. 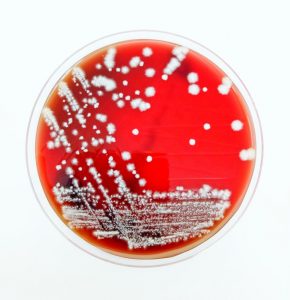 An organic acids test uses a urine sample to measure biochemical compounds as well as many other waste byproducts of metabolism to provide a “metabolic snapshot” of a patient’s overall health. Test kits are provided by your healthcare practitioner so that a sample of your urine can be conveniently collected from your home and can be shipped directly to the laboratory for analysis.

Organic acids accumulate in the urine, where they have much higher concentrations than they do in our blood or serum. By comparing the measurements of these substances with the average values for a set of healthy individuals, we can identify if certain levels are above the normal values and contributing to health issues.

Candida overgrowth in the digestive tract produces different metabolic waste byproducts that get reabsorbed in the blood from the intestines and eventually appear in the urine as organic acids. For example, the organic acids D-arabinotol is a marker associated with yeast overgrowth. Another organic acid, arabinose, may also be used as a reference but requires specific dietary restrictions to avoid interference with testing.

Specialized stool tests like a stool microbiology or comprehensive stool analysis test can be used to detect and identify different types of bacteria and yeast that cause infections of the lower digestive tract. Testing typically includes a stool culture and microscopy to analyze the growth and presence of Candida. Microbial susceptibility testing is also used to determine the most effective natural and pharmaceutical options for treating Candida. Test kits are provided by your healthcare practitioner so that a stool sample can be conveniently collected from your home and shipped directly to the laboratory for analysis.

It is important to ensure that both a microscopy and culture is included in stool testing to enhance the detection of yeast overgrowth. Yeast are not uniformly dispersed throughout the stool and this may lead to undetectable or low levels of yeast identified by microscopy, despite a positive culture and identified yeast species. On the other hand, microscopic examination may reveal a significant amount of yeast present but no viable yeast cultured, since yeast may not always survive transit through the intestines. Yeast is normally found in very small amounts in a healthy intestinal tract. A normal finding would include none or rare amounts of yeast; however, yeast observed in higher amounts (few, moderate to many) is considered abnormal and treating the overgrowth may result in an improvement in your digestive symptoms.

Candidiasis in the digestive tract can often lead to symptoms like indigestion, bloating, belching, nausea, abdominal cramping, and diarrhea. Candida overgrowth also leads to dysbiosis and inflammation in the digestive tract, leading to intestinal permeability and can even aggravate conditions like ulcerative colitis and Crohn’s disease. In addition, because Candida thrives on simple sugars, it is not uncommon to experience sugar cravings.

Our immune system produces antibodies to fight off an infection such as bacteria, viruses, or other invaders. A blood test measuring these antibodies for Candida can determine if your immune system is reacting to it. These antibodies come in three different classes: IgG, IgA and IgM. IgG antibodies, the most abundant type of antibody, is found in the blood and extracellular fluids and elevated levels can reflect either an ongoing or a previous infection. IgA antibodies are produced by the mucous membranes, respiratory tract, as well as genital and urinary tract. Elevated IgA levels reflect the immune system fighting infection in either of these areas. IgM antibodies are found mainly in the blood and lymph fluid, and is the first antibody produced to fight a new infection.

It is important to keep in mind that Candida antibody testing can lead to both false negative and false positive results, and a positive test should be interpreted with your symptoms and clinical presentation by your healthcare provider. Those with a weakened compromised immune system may not be able to produce enough antibodies, leading to a false negative blood test result. On the other hand, because yeast can be present in the body in small amounts, it is possible for an uninfected person to show a positive antibody response.

Copyright © 2020 Kolorex® Website by SunRoom Web Design
Back To Top
×