Horopito and its hero ingredient 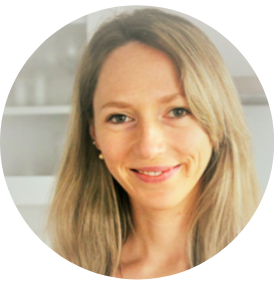 Ashly Olsen is a Naturopath and Natural Fertility Educator based in Mount Maunganui, New Zealand. She is also a tea, animal, and stationary lover among many other things! Ashly has studied for 8 years in the area of health and is a degree qualified nutritionist, herbalist, naturopath and natural fertility educator. She loves seeing clients in her own clinic and has clients that she sees online across the world.

New Zealand’s indigenous flora was used historically by Māori and through Rongoā Māori – traditional Māori medicine and healing – we learn the traditional use of our plants which today are corroborated with decades of research. It continues to fascinate me how we are provided with the medicinal plants we require for optimal health in the environments we reside. Today I want to highlight one particular plant called Pseudowintera colorata, or Horopito as it is more commonly known.

Horopito is an evergreen shrub/small tree with elliptic leaves often splattered with red – not only do they look spicy but they taste peppery too leaving a wee bit of a burning sensation in the mouth. Nothing to cry about though! As you will learn further down, it is this peppery element lending to its therapeutic benefits.
It is the spicy leaves of Horopito that we use medicinally. Traditionally, Māori used Horopito leaves to treat fungal skin infections such as ringworm, and other skin conditions. Māori also used the leaves to help those with diarrhoea and stomach pain. Other traditional uses of Horopito include chewing on the leaves for toothache and steeped leaves taken internally to act as an analgesic (pain killer). Today we know the main action of Horopito is anti-fungal with many years of research-backed evidence to verify this. Other beneficial actions may include anti-bacterial, anti-viral, anti-inflammatory and antiseptic.

The leaves contain tannins, flavonoids and volatile/essential oils. One of these volatile oils, specifically a sesquiterpene dialdehyde, exhibits the well documented fungicidal action listed above. This constituent is called polygodial and is the main biologically active constituent of Horopito.
Polygodial is produced by the plant itself to help combat attack by fungi. It is this very compound that shows extensive anti-fungal activity in humans too, especially against the yeast Candida albicans. See here for further information and studies on this: https://www.kolorex.com/scientific-summar

Interestingly, the inhibition of fungal growth by Horopito was shown to be stronger and faster acting when compared against a common anti-fungal pharmaceutical preparation amphotericin B, but without the side effects.
An imbalance of the gut and vaginal microbiome can seem rather common nowadays, especially with our stressful lifestyles and suboptimal diets high in refined carbohydrates and sugar. C. albicans is normally found in a healthy gut; it only causes problems when individuals are immunocompromised for whatever reason, causing an ‘overgrowth’ which is known as candidiasis.

A common naturopathic approach to assist those with candidiasis may include the following steps:
– Identify and address underlying and predisposing factors
– Follow an anti-candida diet (little-no refined carbohydrates and sugar among other dietary measures)
– Provide nutritional and herbal supplemental support
– Support and enhance immune system function
– Support and promote detoxification and elimination organs

In relation to women’s health, C. albicans can overpopulate the vaginal flora when other beneficial bacteria are low causing conditions such as thrush. Thrush is unfortunately a common condition experience regularly by some women. Horopito may be used successfully for cases of thrush, both orally and externally. A 2013 study by Chopra, V et al found Horopito to be “equally as effective as itraconazole (a pharmaceutical anti-fungal medication) for the overall treatment of recurrent vaginal thrush.” When used topically for thrush Horopito is in a preparation with other soothing ingredients to help avoid a burning sensation, so don’t worry! Another fungal condition Horopito may be used topically for is athlete’s foot.

With the well-researched benefits of Horopito, in particular for fungal conditions, it is an excellent herb to have in our tool box as a natural health practitioner. We are lucky to have continued access to this powerful ancient herb used by our ancestors.

Copyright © 2022 Kolorex® Website by SunRoom Web Design
Back To Top